What is a Data Scientist Who A Data Scientist Really Is?

The vehement development of the large amount of data produced in multiple forms lately have given rise to one of the innovative and revolutionary field of study – data science. Data science has employed heretofore single entities like mathematics and statistics into its inherent settings. The main goal of data science is to glean meaningful cognizance and comprehensive ideas to serve our decision-making and other business-related conclusions and insights from the set of large amount of raw data gathered together in a database.

In the wake of these technological advancement, there was a boom in data science and the so-called data scientists had popped up extensively. So we need to have a clear idea as to who a real data scientist is. In this article we explore the key characteristics and functionalities of a data scientist.

The key word here is “actionable insights.” That sums it all up. The ideas and the useful data a data scientist extracts from a data set is rendered into actions to be taken for the better ability of decision-making in various stages of a business process.

To be precise, a data scientist is a combination of multiple persona – he is a blend of mathematics, analytics, statistics, computer science, and the keen eyes that detects patterns. With this fundamental connotation, we go to dig deep into what makes one a data scientist. What are the primary tasks of a data scientist?

Obviously, the principal assignment of a data scientist is to collect exhaustive data, regardless of the form of which, and then analysing them with the right tools. Generally a data may be both structured and unstructured. A good data scientist wades through these and sorts out the necessary and the right information scattered across those stockpile of raw data.

There are some rich resourceful toolkits widely available to make use of. As a data scientist predominantly works with statistics and data analytics algorithms, there is an advanced software called SAS (Statistical Analysis System) which is a major role player in business intelligence and predictive analysis processes. In addition, R, a programming language specifically developed for statistical computing, is also a good tool for a data scientist to use. Python programming language is also a good choice to work with data science.

The keen eyes of a data scientist follows the trails of and the marks of detectable patterns, recurring themes, and the highlighted trends in a data set. These outliers in turn contrasted with those data and the association that exists between them.

A data scientist translates the filtered data into the visual rendition with data visualization. In this dramatic phase, the data is transfigured into statistical graphs, visual images that contains the visual version of the data, and infographics. This representation of data reaches out to the target audience easily and expounds the complex structure of the data in a lucid form. Text analytics is a system of rendering unstructured data in the text form into a coherent data format to analyse primarily the customer suggestions and product reviews of a particular product in marketplace. So text analytics and data preparation is deployed by a data scientist, as only a data scientist is aware of the subtle nuances processes like these contains.

Another important characteristic of a data scientist is to look for variables, diverse types of data models, and algorithms. The variables are held up during the comparative analysis to determine the causation for a business situation.

As the matter of fact, data interpretation is the main part of the whole process. Just after deriving the necessary data, a data scientist strives to interpret the hovering motifs and the connotations of the final data format.

Technologies a data scientist is familiar with.

A good data scientist is adept with sufficient programming skills in languages like SQL, Java, and Python. With the support of these languages, a data scientist learns how to use these tools in the scientific and technological domain façade of data science.

The first step to data science is to be familiar with big data, of course. Without the big data features it is difficult to work with data science. Moreover, Hadoop is a software framework that stores and retrieves data. And this Hadoop is in coalition with Big Data, and this fused force is the main tool in the arsenal of a data scientist.

In essence, the concept of data mining is the hybrid of machine learning and statistical algorithms. Taking the primordial data into account and extracting the necessary data is the heart of data mining process. So as for a data scientist, data mining is a valuable technique to be equipped with.

What are the necessities before becoming a data scientist?

What does the role of data scientist required?

A data scientist applies and implements the theoretical proficiency to come up with solutions to the more practical problems to the real-time data sets.

The ability to foresee the probable outcome of a given situation or a business solution is highly required in a data scientist. The capacity to predict the analytical result of a process is a part of a job key of a data scientist.

And at last, you are not alone in this journey as Hope Tutors is along with you to attain your goals to become a best data scientist you could ever dream of. If you have the knack for analytical inclinations and immense passion for data, data science is the right thing to opt for your career. Having defined what a data scientist is, we Hope Tutors data science training center in Chennai encourages you to give it a try and male it your career path in data science. 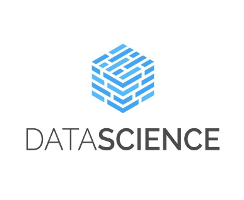