As the digital workforce is the defining impetus that drives the future of automation, there are two prominent vendors in the marketplace who advocates for the advancement of process automation. They are Blue Prism and Automation Anywhere. Both of these giants strive to build the digitized domain where almost all the everyday business operations and complex processes could be automated, thus reducing the human intervention that could be used otherwise to constructive workloads.

Despite these shared goals of automation, these two major tools have their own set of features that differentiate them from each other. Virtually in terms of every aspect, they differ, that it is important to study them so that we can grasp the essence of these tools and make the most of it in our various business processes.

We are going to explore these differences and how do they affect the way we see and handle Blue Prism and Automation Anywhere.

The Advantages of Blue Prism

Blue Prism is generally well-known for its penchant to utilize the collective experiences of integration, and this practice provides the highly secure and the quality of robustness to the automation environment. There is an important feature called technology adaptor that adapts and empowers various key tools like Java, Citrix, and other miscellaneous web applications. Blue Prism is easily merged with these tools and notable for its ability to incorporate all these basic and crucial components into its system.

Auditability, another vital feature of Blue Prism, equips the tool to be accountable for all the process automation in its every multi-layered procedure.

When it comes to the designing pattern, Blue Prism is majorly comprised of designers that are basically of visual processes. Whereas, Automation Anywhere is solely script-based. This makes it all the more necessary to have a cemented prior knowledge of programming languages.

And the highest quality of robustness in Blue Prism is achieved through the customization of the.Net code in the process automation. This reusable code is the mainframe of Blue Prism where it is used for the quantitative analysis of the procedure, which provides the wherewithal we need to take up an automation in its finest form.

In its intrinsic settings, Blue Prism Process is administered by the Process Studio, which in turn manages the Blue Prism database. 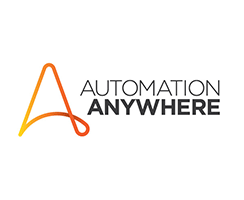 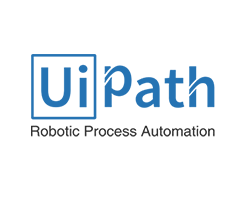 In its fundamental inner workings, Automation Anywhere functions as a software developer. Unlike Blue Prism, the concept of bot development – a software application that supports the running of the automated scripts on the internet environment – is predominant in Automation Anywhere. These software bots make up the digital workforce that is launched to finish up the end-to-end automated processes.

The line between Blue Prism and Automation Anywhere is clearly drawn and tangible. Automation Anywhere provides a unique feature in which the usual RPA process is blended and amalgamated with the advanced cognitive characteristics like organizing and reading the unstructured data and processing of the natural language system with the help of the Automation Anywhere development team per se.

This valuable attribute results in the quality control protocol in Information Technology domain, website applications, and other system administration sectors. In the business-related processes, performing this quality control analysis elevates Automation Anywhere from its peers. Here is where Automation Anywhere differs drastically from Blue Prism.

In addition, in the case of robotic prevalence, Automation Anywhere is certainly superior to Blue Prism. In a well-equipped business process, both front office and back office operations are the inherent part of the whole business solutions. So with this in mind, Automation Anywhere offers robots to do the automation works for front and back office processes. Whereas Blue Prism cannot handle the front-end processes and offers robots only to the back office processes.

Developing a software product of our liking with its fullest potential to execute an intended task force is one thing. Testing to see if it does really go with our original plan is another. So software testing is an inevitable part of a software deployment. But this process is incredibly monotonous and highly repetitive. The process of regression testing is the major trouble when it comes to testing the software.

So Automation Anywhere offers some useful automated tools that come packed with the ability to test the software with these automated set of toolkits.

Here we have listed some essential features of both Automation Anywhere and Blue Prism that gives us some clues as to the basic differences between them.

These characteristics form the integrated solution of Automation Anywhere.

The above-distinguished features themselves exhibit the intricate differences that exist between these two main automation tools.

As for the integration part, Automation Anywhere is highly skeptical of the applications and can be integrated with many customized software systems. But Blue Prism has a set of rules as to whom it does integrate with. Generally, Blue Prism is integrated with outer business solutions and services like Amazon Web Services (AWS) and Microsoft Azure (Two of the widely used cloud computing platforms), CyberArk, and Trust Portal.

Another notable advantage of Blue Prism is its ability to program any given applications such as Windows, Java, Windows Presentation Foundation (WPF), and other web-based applications. In the case of maximum level of visibility and control, Blue Prism is the best choice as it is consists of a principal release management interface and a model to process change distribution.

Next thing to consider is the scalability of the tools. Deployment of large-scale robots is drastically limited in Automation Anywhere, which means maximized operational robots are somewhat hard to be deployed in this environment. But the execution speed and the availability of the scalable environment is effortlessly done with Blue Prism.