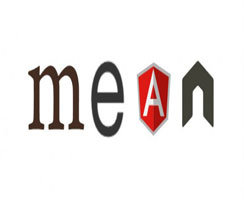 MEAN is a JavaScript software subsystem whose contributions is very valuable when it comes to developing web applications and website. MEAN stack is an abbreviated phrase to indicate MongoDB, Expressjs, Angularjs and Nodejs. Now MEAN is gaining much attention in the web community.

The MEAN stack attempts to have an entirely renovated approach to web development processes. That is, here a single JavaScript language contains the ability to run on every phase of the application that is from client to server.

So when we adopt the base platform from an operating system – Linux, for example – to a JavaScript runtime, in this instance NodeJs, it provides the independence to the OS: the truth is, Node.js runs also on Windows as it does on Linux as well.

It is important to note that unlike the LAMP stack, Node.js cannot be defined as a simple web server. As a matter of fact, the finished application does not deploy to a self-contained web server; but instead of that, the web server is added in the application and installed in the MEAN stack. As this deployment process is very simplistic in nature, the final necessary version of the web server is overtly expounded along with the remaining dependencies of the runtime.

With the valuable support of MEAN, the works of the developers can be set up with a set of carefully combined and notable tools so the developers need not focus on the incessant task of administrating the system, managing the package, libraries, and on. It gives developers an enormous amount of time to concentrate on development alone.

Here we are going to see each of the components that constitute the MEAN stack library.

MongoDB is widely used for the storing database. MongoDB is a document-oriented cross-platform database categorized as NoSQL. MongoDB is a solid database that stores the data of the web application. The major aim is to develop a new category between high-performance NoSQL stores and the traditional database features. MongoDB allows the features of a good query to bring data from the database. A developer can use a single programming language for both client and server side code with the support of Server-side JavaScript execution. Moreover, it is very easy to install MongoDB.

In Node.js development zone, Express.js is one the most leading and widely used web frameworks. Express is essentially a minimal web server built on Node.js. It provides all the necessary functionality that is needed to supply web applications to the mobile devices and browser. We can also handle Server, I/O stuff, and Route with Express.js.

As for Angularjs, it is an open-source web application framework that extends the HTML attributes with the support of Directives and puts the data to Expressions and HTML together.

So as MEAN stack is the stabilized combination of these four vital framework platforms and each contributes in their own way to the cause of advancing the procedure of picking up and customizing the much-needed tool one at a time from the resourceful MEAN.

A usual modern application is a collective combination of several different libraries which is managed on GitHub or any other repository. These each and every library has its own development, its own bugs and is in need of dedicated care every time. Needless to say, it is a tedious work and it takes a lot of time to do it perfectly. But MEAN Stack is in constant maintenance so as to ensure the flawless performance of various components, the process which is managed by the Mean.io team.